Turning a mud pile into an idyllic home surrounded by nature was a lengthy process that led to a fantastic result. From a 100-metre distance, the house that Jane and David Johnson built is barely visible in its wooded surroundings. The single-storey home is clad in untreated chestnut boards, which do a fantastic job of camouflaging the low-level structure. After a great deal of research and involvement of planning consultants, this couple learned that gaining planning consent for a conventional house was highly unlikely. However, the plot did benefit from existing planning rights, permitting two residential caravans. ‘We realised that using them to form a single home could be a way to meet our needs’ explains David. Designing on this basis, Wendy sketched out a few proposals for the two structures. ‘She presented us with a selection of L-shaped configurations, a linear arrangement and another idea where the buildings sat opposite each other with a deck between, says David. ‘After some deliberation, this was the option we chose.’ Working on the project turned into a fruitful collaboration between David, Jane, Wendy and associate architect Ricky Evans. 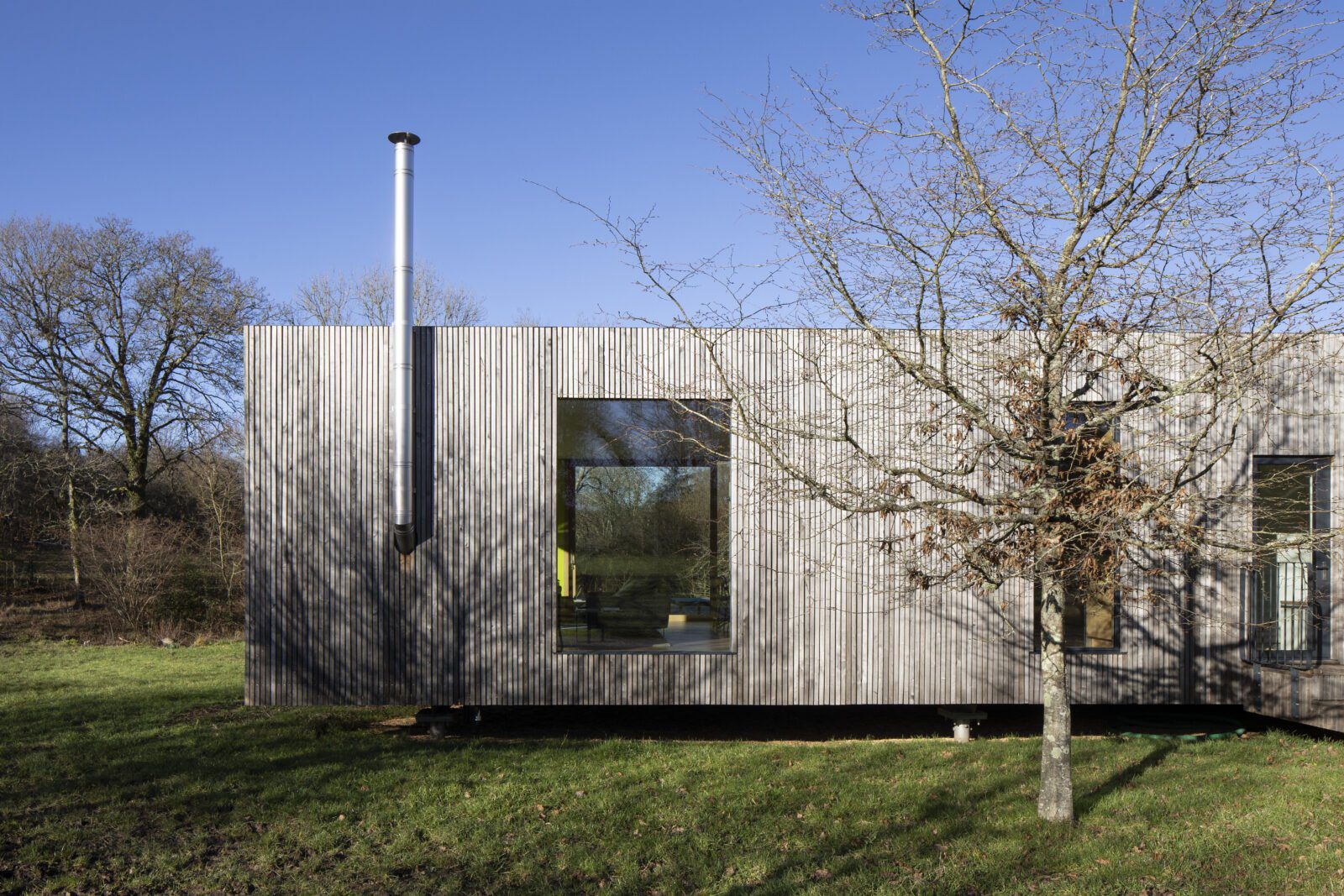 ‘I gave Ricky a copy of a Modigliani sketch as an inspiration…It doesn’t have a superfluous line on it and our home is the same.” 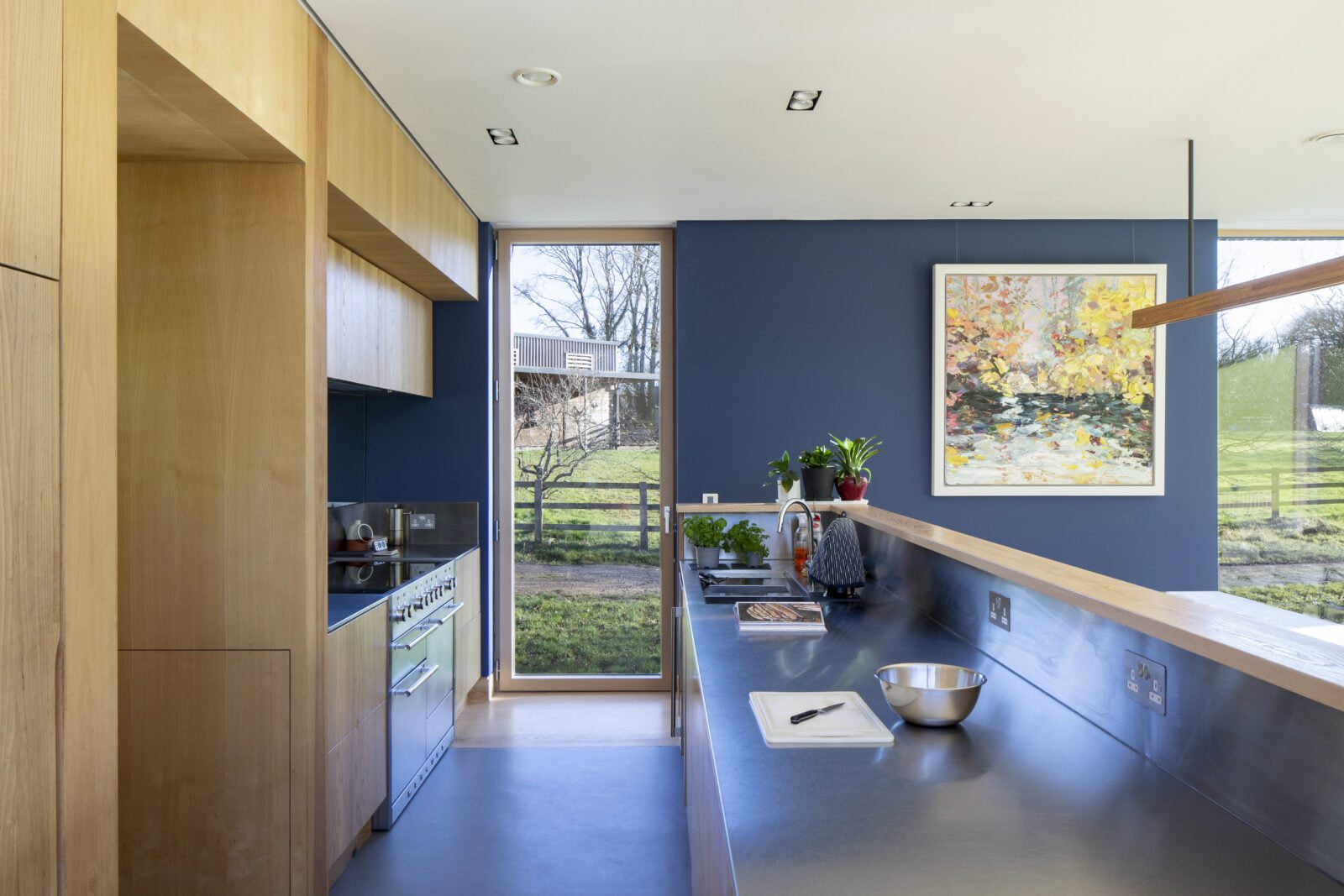 Often our client’s approach us with an idea of what they would like, sometimes it is list of requirements, sometimes an essence of what they want to achieve and sometimes it has been encapsulated in a painting. By working in collaboration with our clients we are able to recognise what they are truly striving for, translating what might be abstract in their heads into a beautiful, physical building. This is why we place great importance on talking in detail at the initial stages and ensuring that the brief is clear. This stage becomes a roadmap for all future work.

A structural insulated panels (SIPs) construction method was chosen for its speed of assembly, the airtight quality of the build and because it could be assembled off-site.
Once completed, the SIPS units were packed onto lorries and transported to site. They were then positioned on crossbeams supported by screw piles, which were laid out prior to delivery. 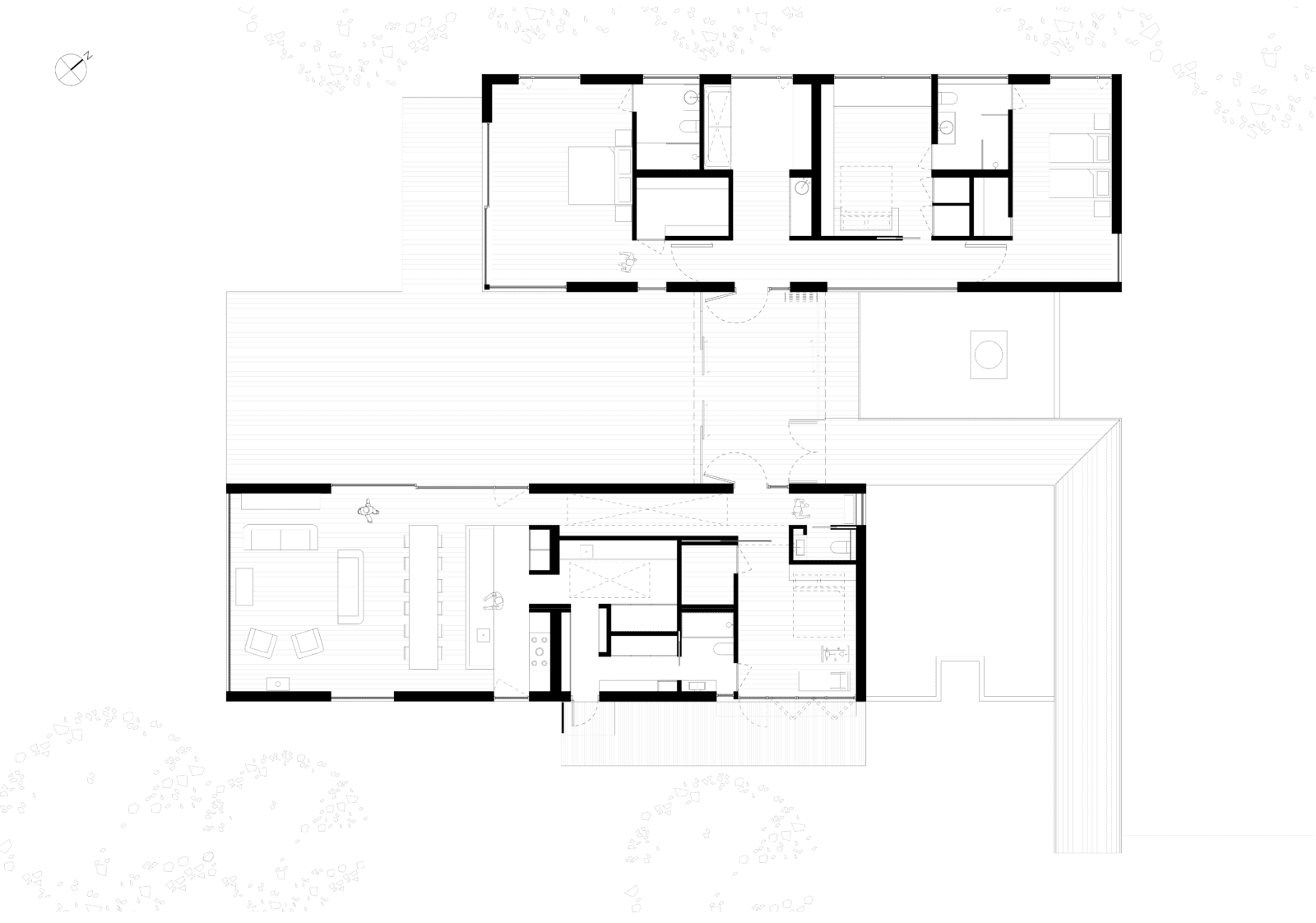 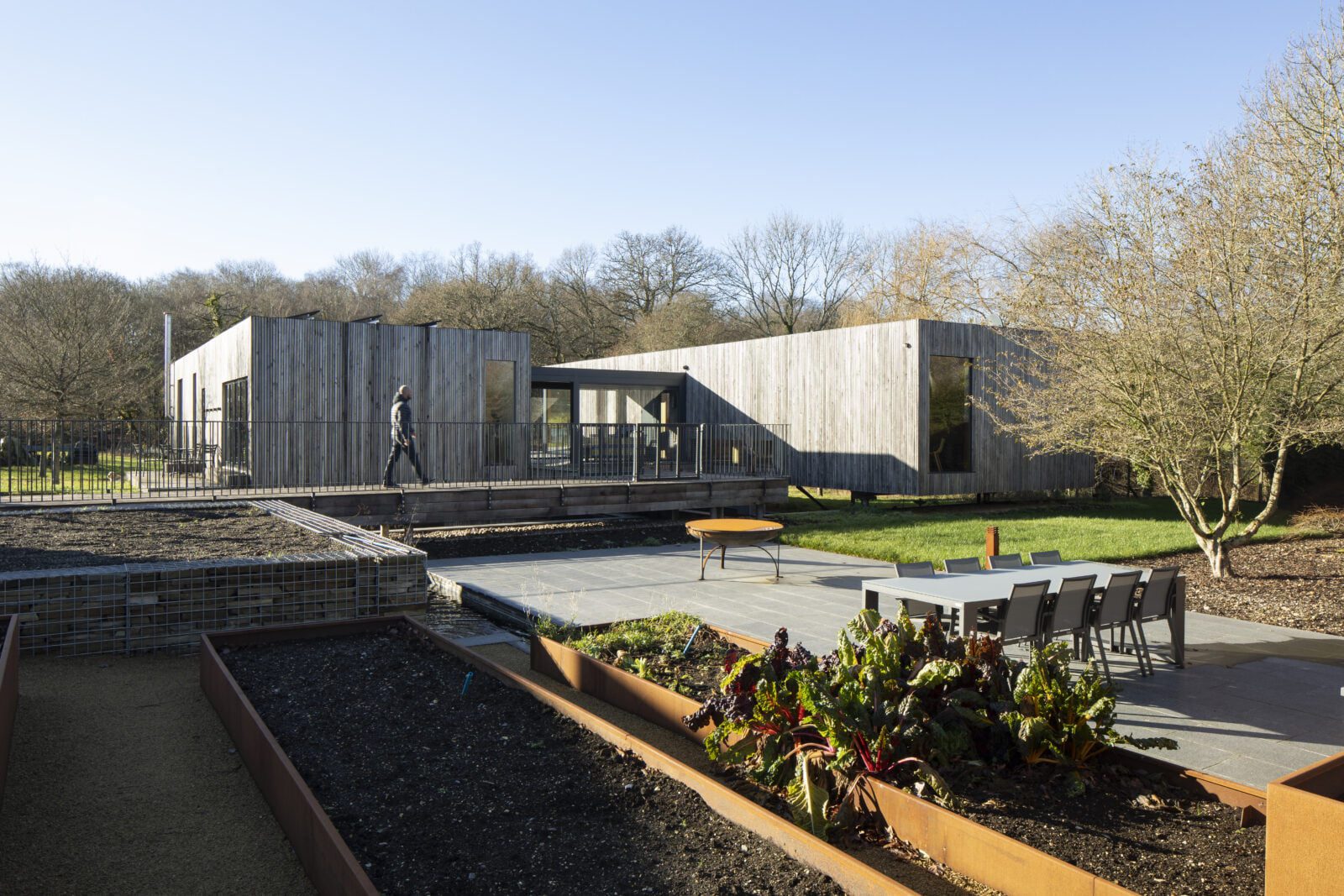 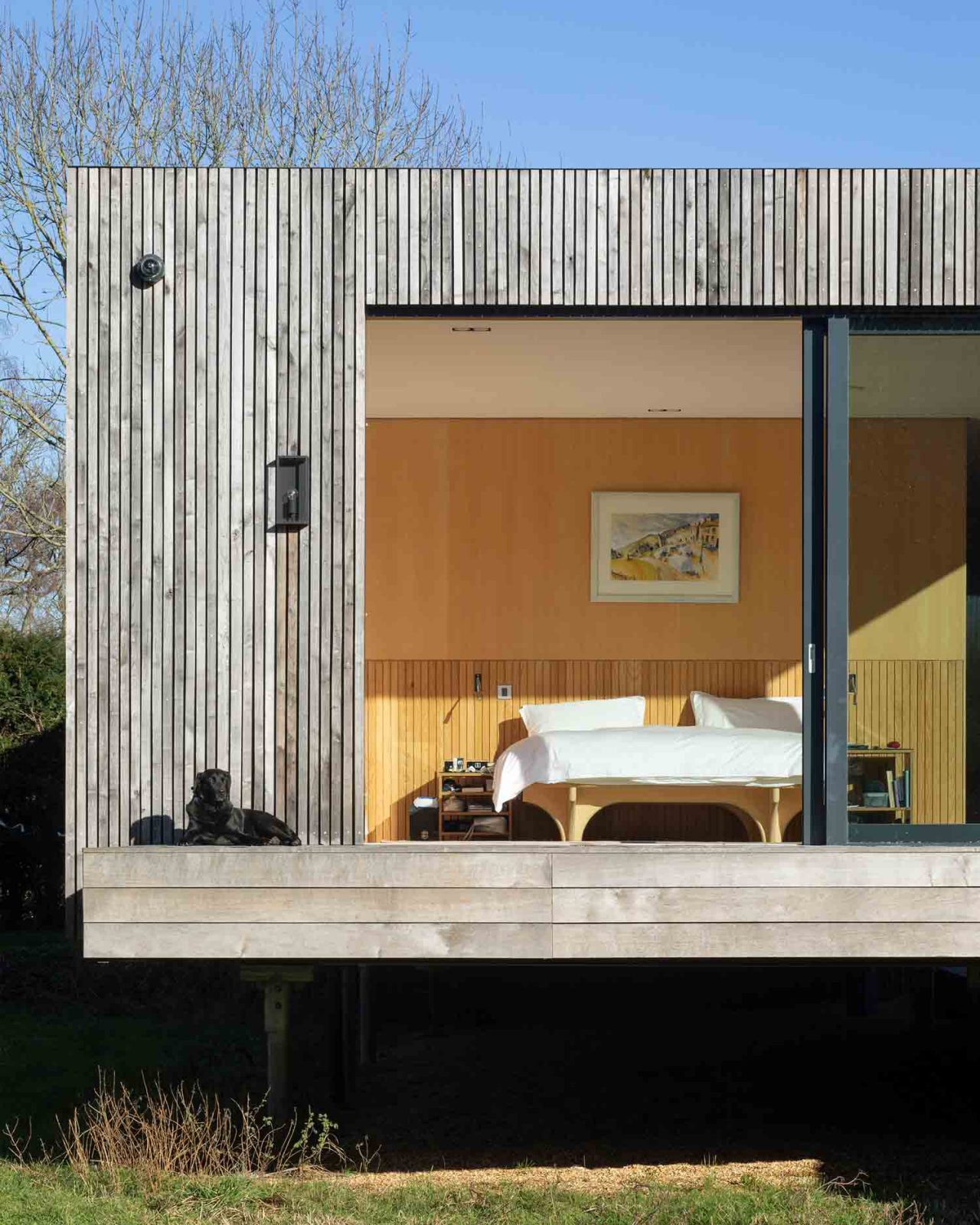 The house and the deck are raised above the ground, and can be unclamped and transported to another site, if necessary. The living areas are in one wing, while Jane and David’s bedroom suite is in the other. Attention was paid to every inch of space and sleek finishes used throughout. 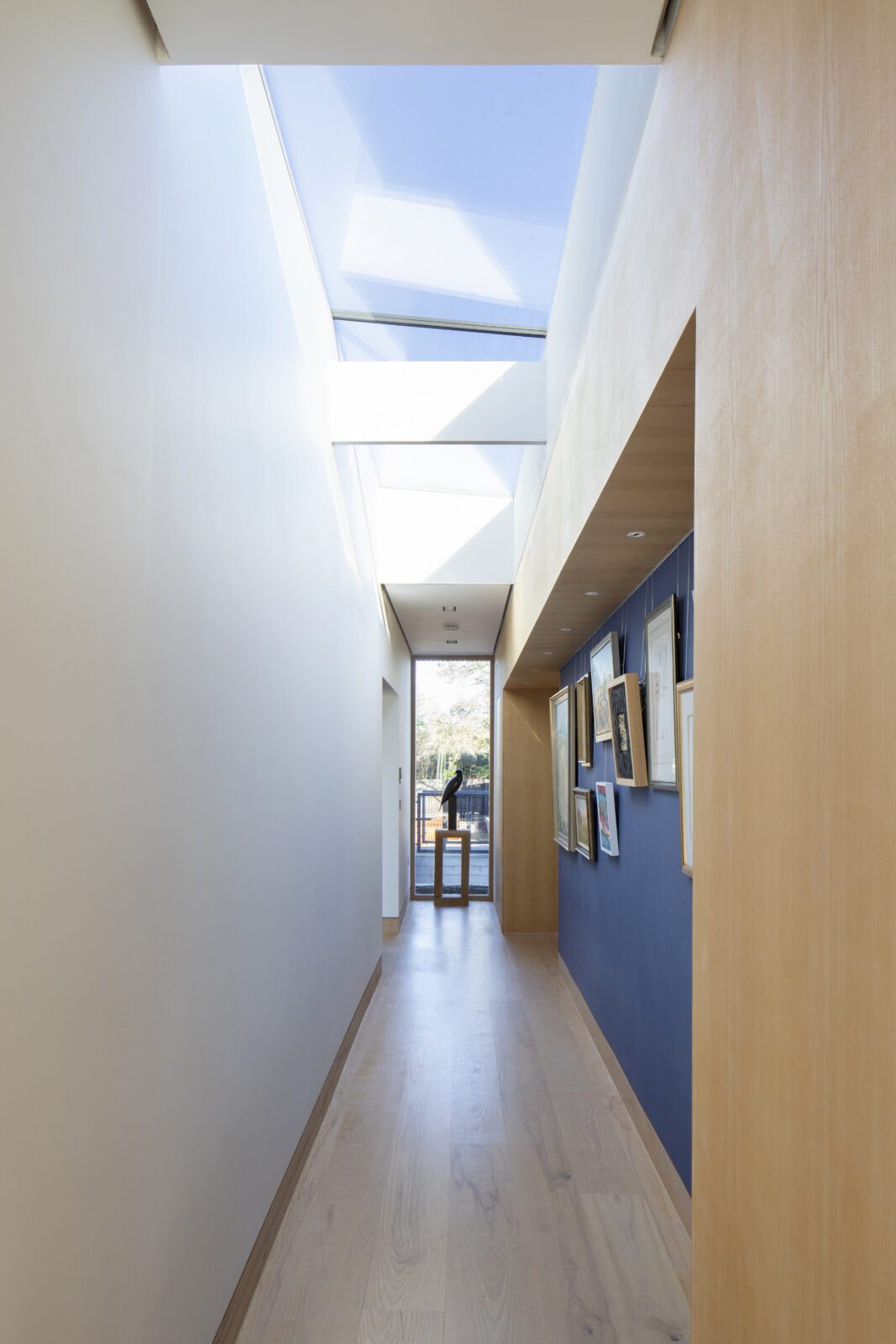 "We sit in bed and watch deer, foxes and birds outside. We’re so delighted with it."