After years of neglect, Friars Lodge, a traditional 19th century cottage in the New Forest National Park, was in need of a re-think. Hampshire architect PAD studio came up with a 180 L-shaped plan made up of the original cottage and a contemporary extension, with a double height glazed entrance hall linking the old and new. 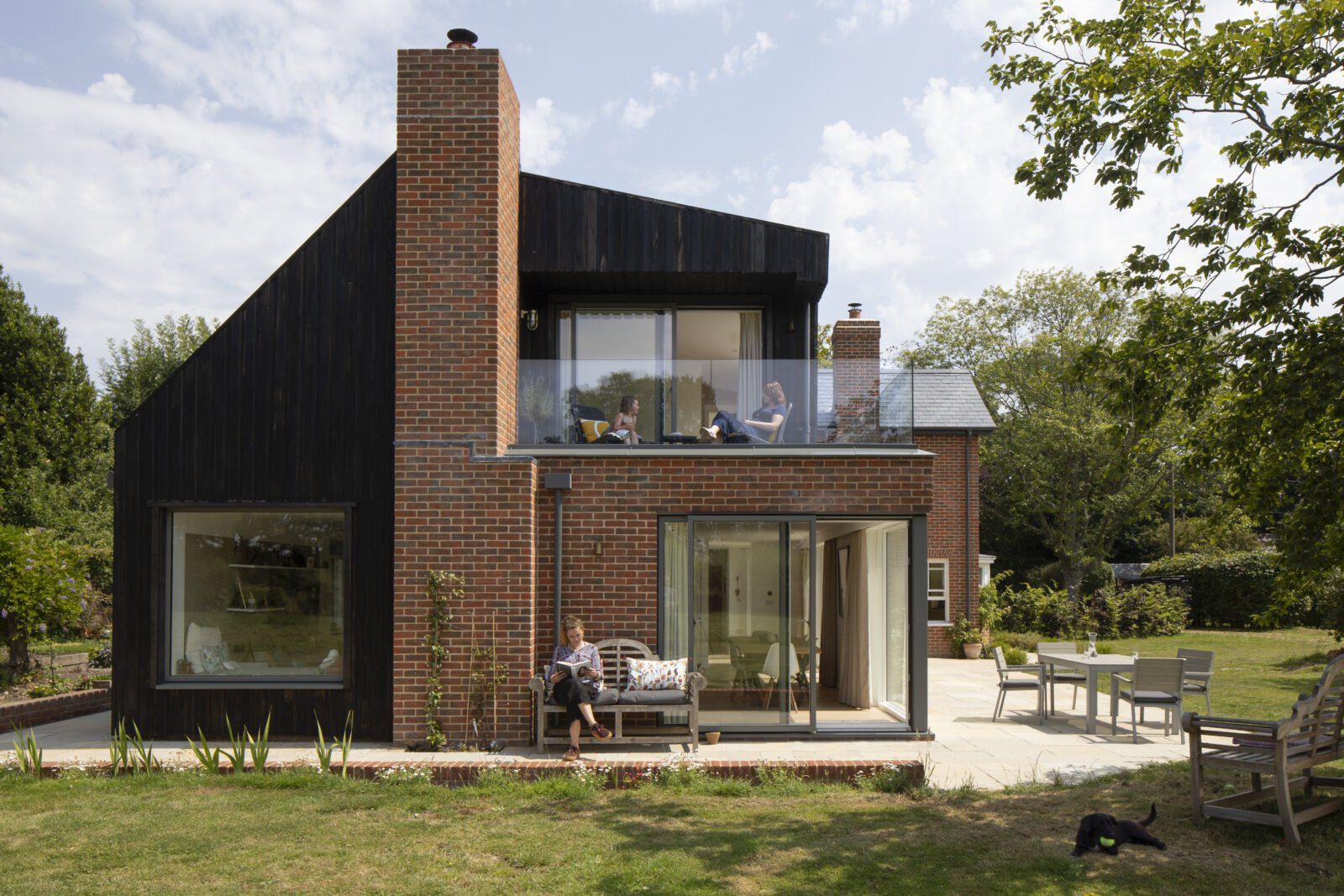 We are tenacious and driven – we work hard for you, even when the going gets tough we don’t give up. When you work with us, the team at PAD studio undertakes a commitment to you which we strive to honour throughout the journey from inception to completion. 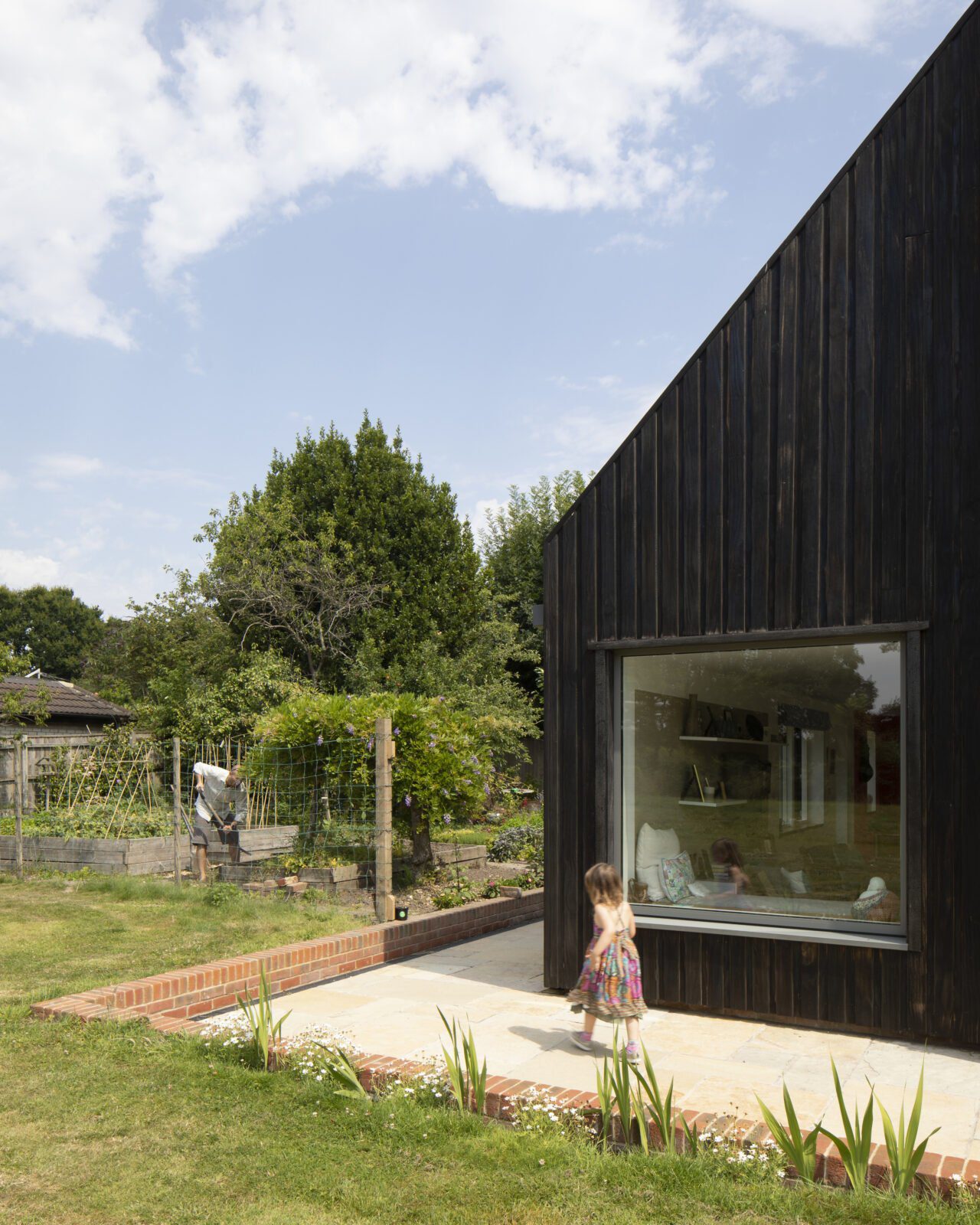 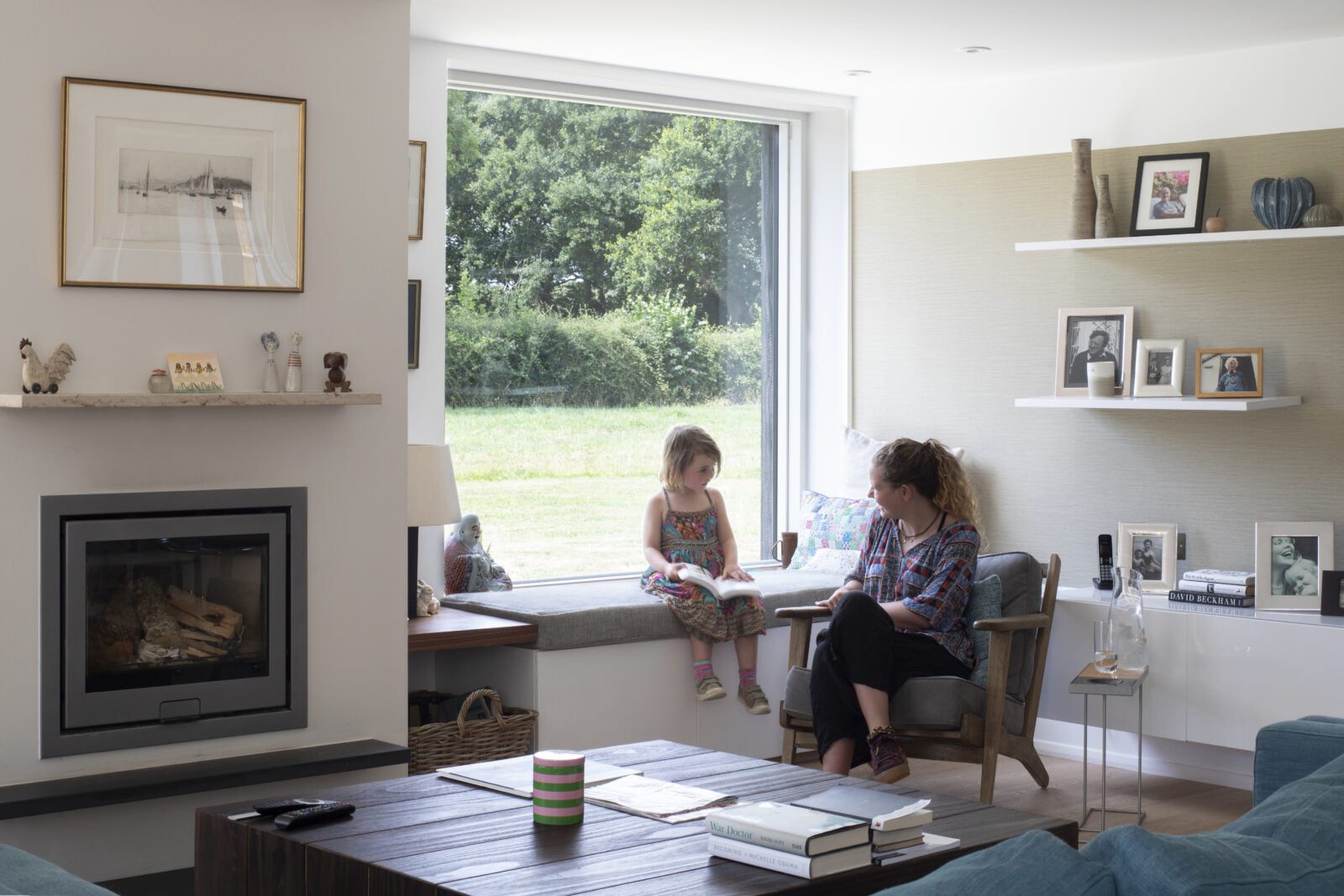 As a locally listed building, Friars Lodge required skilful and extended negotiations with the New Forest National Park Authority. Tenacity won out, and informed debate enabled us to strip back the numerous poorly considered twentieth century additions to reveal the simplicity of the original dwelling. In contrast to this, we proposed a contemporary but sensitive extension to the rear which is invisible from the front of the building – the design’s form is sculpted by the site, the views and the sun path. 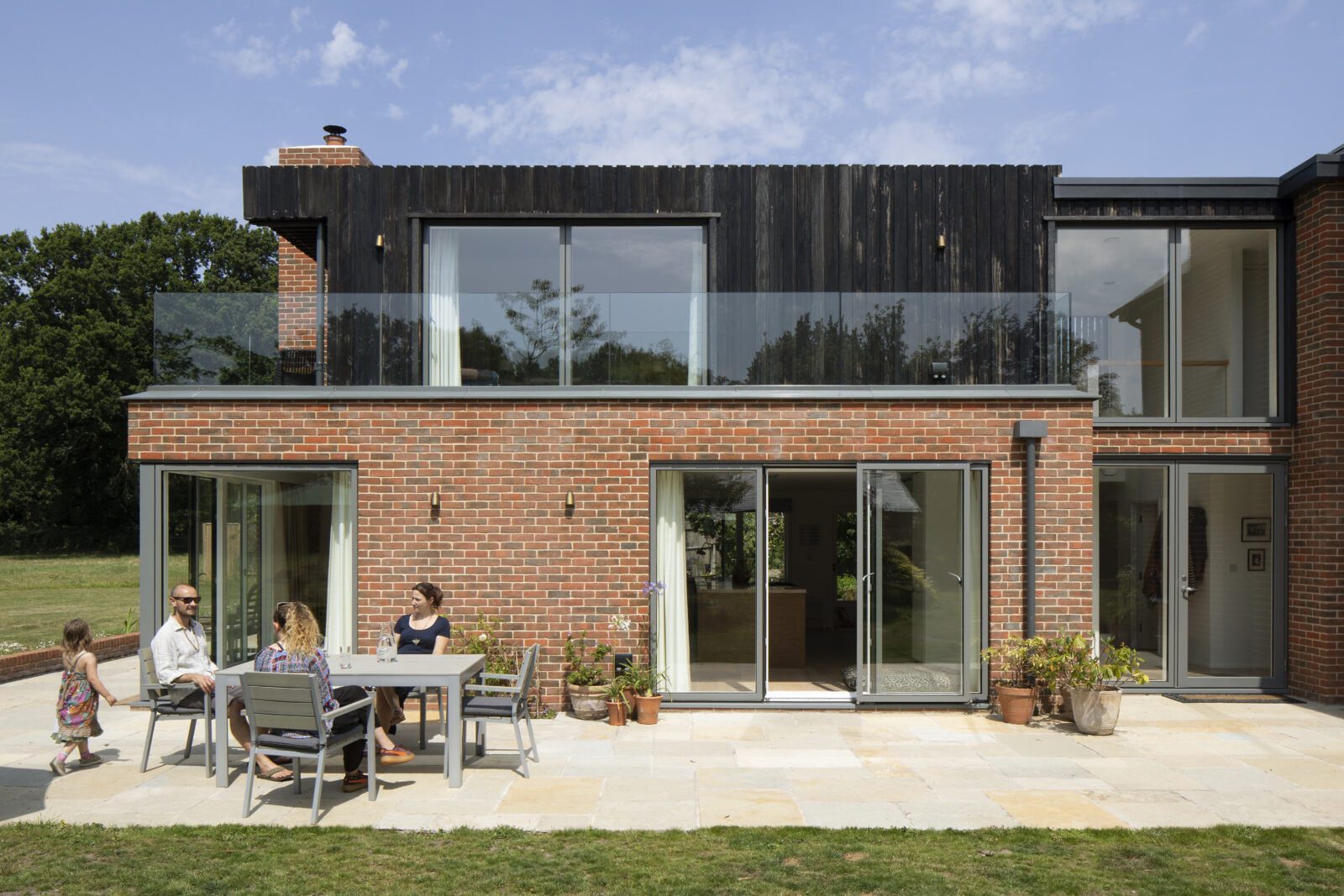 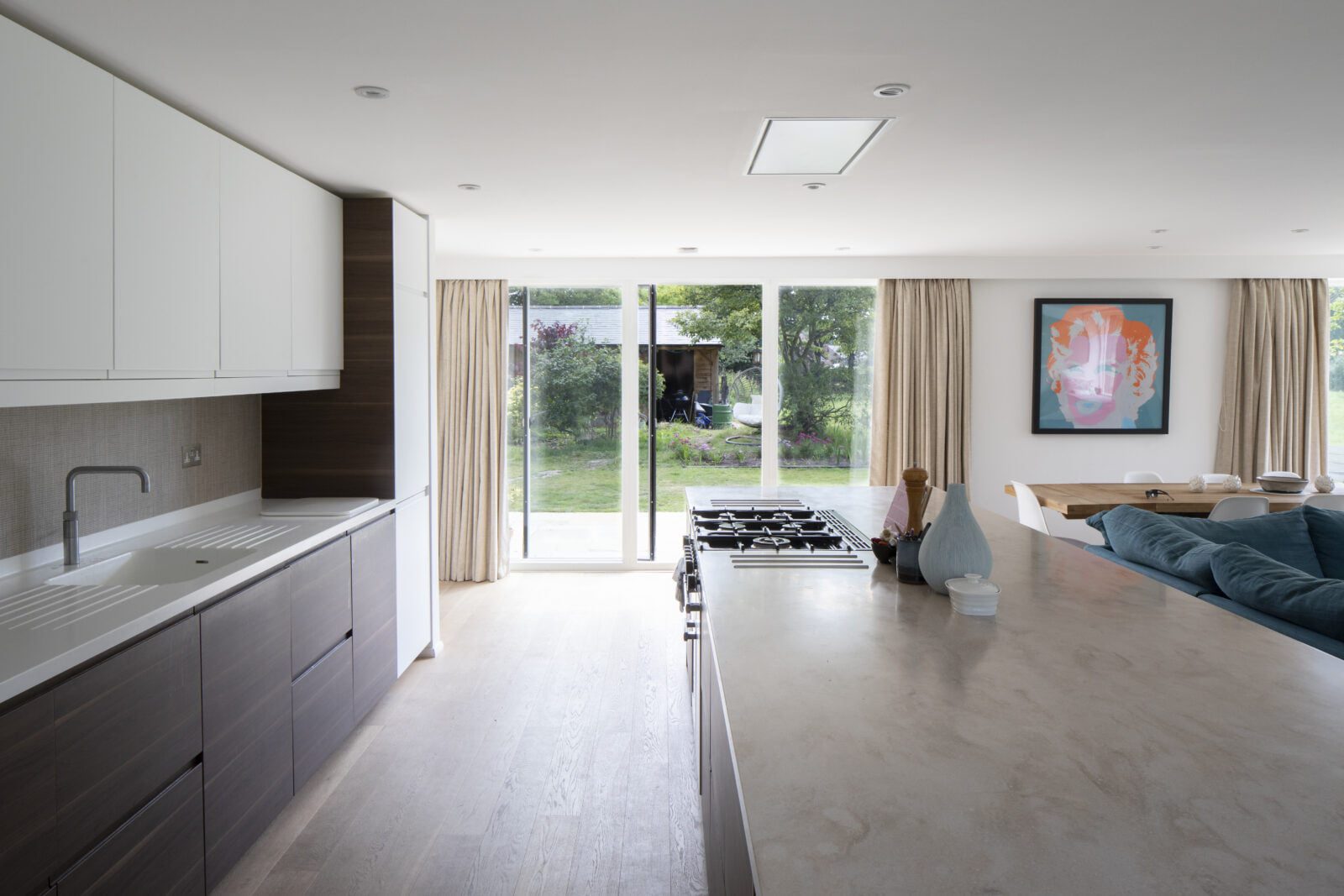 Life is breathed into the old and small cellular rooms of the original house which now provides a place of cosy sanctuary in contrast to the light filled open plan layout of the extension. Views of the tranquil New Forest are ever changing and these are captured through the building and landscape design which includes a kitchen garden. These qualities create a vibrant home with an intimate relationship with the countryside. 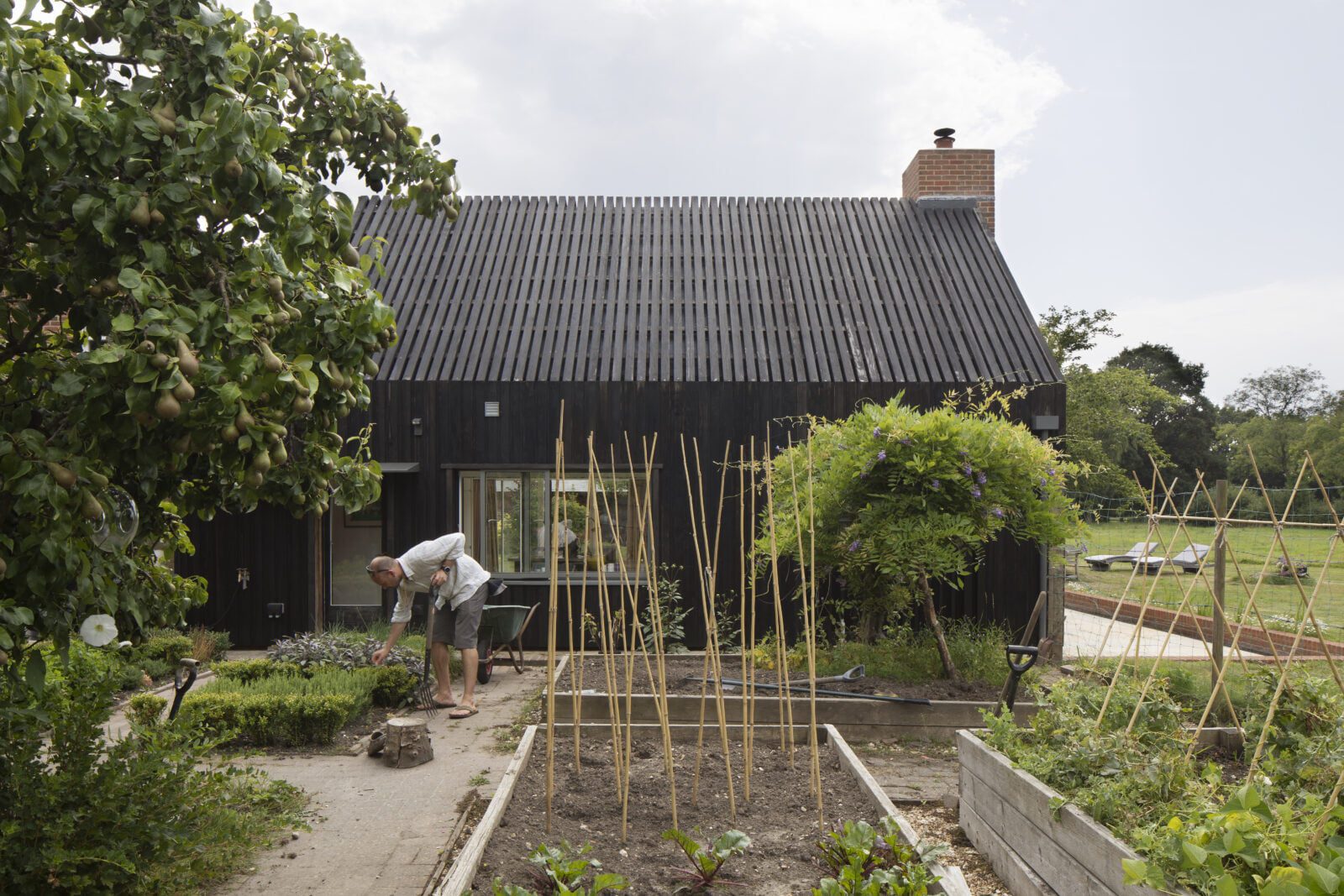 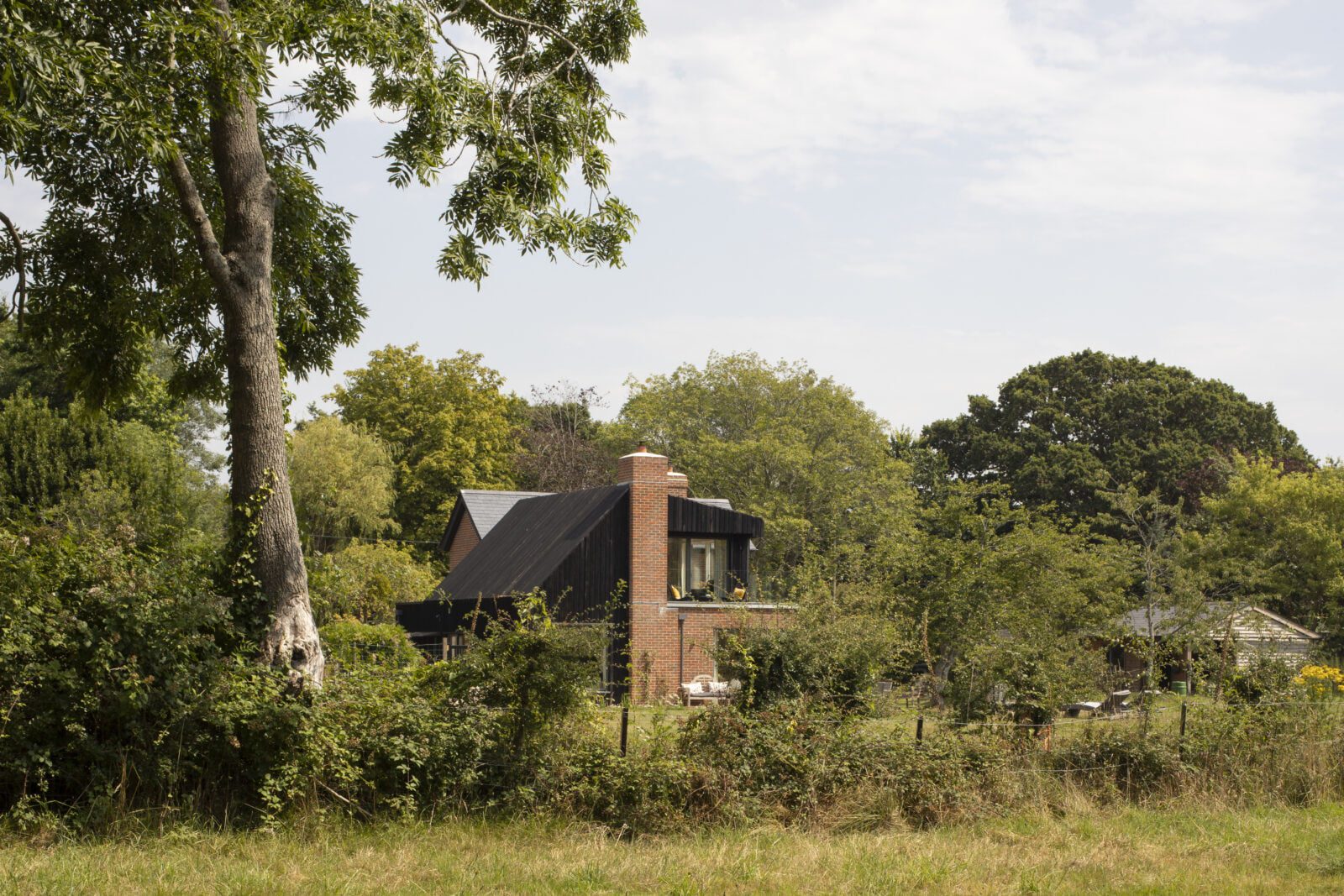 “The addition has given the owners an open-plan kitchen and living area, while upstairs a balcony wraps around a large main bedroom that has views of surrounding trees and occasional visiting wild ponies.”